12 Things That Should Never Go in Your Garbage Disposal 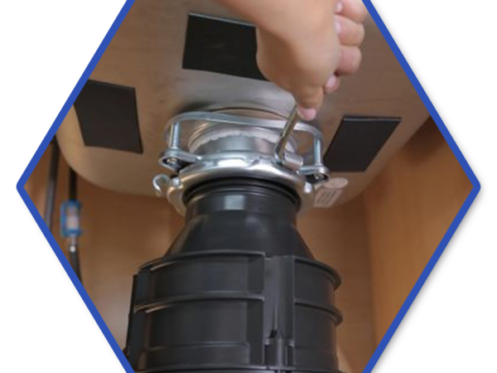 The number one thing you should never put in your garbage disposal or down your drains is any type of fat, oil or grease. A bit of leftover grease on your plate is one thing, but you should definitely try to avoid these things as much as possible. Fat, oil and grease are the biggest causes of clogged drains and pipes. When you put these things down the drain, they can harden and stick to the inside of the pipes. This causes a sticky mass to build up in the pipes that will collect food particles, hair and any other solids that go down the drain.

Fibrous vegetables like celery, rhubarb and corn husks are all too tough for a garbage disposal to properly handle and will usually end up getting stuck inside the unit. They can also prevent the rotor from spinning and the unit from working.

Very small pieces of celery, squash or pumpkin are usually ok, but you should definitely never put the pulp inside a pumpkin in your disposal. You should also avoid husking corn over your garbage disposal as both the husks and the corn silk can create issues. Onion peels should never go in a garbage disposal for a different reason. The slimy inner membrane can clog the unit.

Lemon, orange and other citrus peels are usually fine. In fact, running these through your disposal occasionally is a good way to freshen it up and get rid of bad odors.

Many people put coffee grounds in their garbage disposal to get rid of odors. While this may work in the short term, it is not something you should do. When coffee grounds get wet, they turn into a sticky, compacted mass that can easily clog your drain. For this reason, you should always dispose of them in the trash. Instead of using coffee grounds to neutralize odors, you can try citrus peels.

Regularly cleaning your unit with soapy water or baking soda and vinegar will go a long way to prevent odors. You can also run some ice cubes through the unit on occasion as this will help to clean off anything that is stuck to the blades.

Eggshells are another strange thing that many people put in their garbage disposals. Many people have heard a rumor that putting eggshells in a garbage disposal will sharpen its blades, but there is simply no evidence to back this up. The steel blades are far too hard for thin eggshells to ever have an effect.

The eggshells themselves won’t harm your garbage disposal, but the slimy membrane inside the shell can. The membrane can easily detach from the shell as it’s being broken up and potentially get stuck around the impeller or in the drain. For this reason, you should always toss your eggshells in the trash.

While disposals can grind up many food particles, they definitely don’t have the power to handle bones. The same is also true for the shells from crab legs or lobster tails. Shrimp shells should also be avoided. Not because they are too hard for the unit to grind up, but because they may be small and slimy enough to slip through the hole and potentially clog your drain.

You probably don’t have to worry much if you accidentally drop the occasional chicken wing into your disposal. On the other hand, it sometimes only takes one steak or pork chop bone to burn out the motor and destroy the unit.

As with bones, these items are too hard for the disposal to grind up. While the unit may be able to handle one or two peach stones or cherry pits, too many will dull the blades and cause the disposal to no longer function properly.

Nuts aren’t too hard for the disposal to handle, but they do make a thick, sticky mess that can clog the unit and your drains. If you were to dump a handful of peanuts into the unit, it will basically be like making peanut butter inside your garbage disposal.

Many people peel their potatoes in the sink, and this is fine as long as you have the sink plugged so the peels don’t go into the disposal. The issue with potato peels is similar to shrimp shells in that they can be small and slimy enough to slip through. When this happens, they can catch other particles, which leads to a clog. Grinding up potato peels inside your garbage disposal also creates a starchy mass that can stick inside the unit and the drain much like fat or grease.

The issue with all of these items is that they can absorb water and swell up. If this happens inside your drain or your plumbing, it can quickly create a clog. Uncooked oats, rice or pasta are especially bad since they can slip through the unit untouched and then get stuck and swell up further down the pipe.

This is another one that really should go without saying, and yet, we have still seen it happen numerous times. If you pour latex or oil paint into your garbage disposal or down the drain, some of it will end up sticking inside the disposal and in your pipes. It will then start to harden and can quickly cause the drain or the disposal to become clogged. You should also never clean any brushes or rollers directly into the sink for the same reason.

Although it is called a garbage disposal, it most definitely isn’t a substitute for your trash can. Most people are fairly good at realizing this. Still, you would probably be surprised about the number of times our team has to fish out napkins, paper towels, banana peels, food wrappers and other trash from garbage disposals and pipes.

Your garbage disposal is great at getting rid of leftover food bits from rinsing your plates and even some food scraps from cooking. However, this doesn’t mean you should scrape your plates off into the disposal instead of the trash or put any other garbage into it.

If you’re experiencing any issues with your garbage disposal, the licensed plumbers at Bardi Heating, Cooling & Plumbing in Norcross, GA can inspect the unit and quickly get it working again or replace it if necessary. We can also help with any other plumbing or sewer repairs you may need. We offer drain cleaning, and our team can service, repair and install traditional or tankless water heaters. If your garbage disposal isn’t working or you need any other plumbing service, give us a call today.